In some states, there’s an untenable mismatch between the crime and the time, but does anyone think that pot—medical or recreational—will still be illegal in 10 years? Now that a majority of Americans—54% and climbing, according to Pew Research—believe that marijuana should be treated like beer, wine and liquor, it’s time to ask: where does the war on pot go to die?

What episode will trigger that final skirmish that kicks over the hollowed-out edifice of marijuana prohibition like the Berlin Wall? What will be the final outrage against common sense and common decency that triggers an Arab Spring for weed in these U.S.? Twenty-one states and the District of Columbia already have medical marijuana (with more to come), and full legalization has gained 13 percentage points in just the past five years.

Ironically, whatever ends the war on pot won’t happen in Colorado or Washington, which have already legalized recreational pot and have received vague promises from Attorney General Eric Holder that the feds won’t bust people and businesses who comply with state laws. Colorado is further along in the retail process than Washington (where pot shops won’t open until mid-July), and so far the only problem of note is that the state is raking in 40% more tax revenue than originally projected.

Look instead to places such as Round Rock, Texas, where 19-year-old Jacob Lavoro faces a sentence between five and 99 years for allegedly selling a 1.5-pound slab of hash brownies. Under state law, selling up to five pounds of plain old pot is punishable by no more than two years in the clink and a $10,000 fine. But hash, a concentrated form of pot, is considered a controlled substance and even the tiny amount in Lavoro’s brownies qualifies him for what amounts to a potential life sentence. Through a convoluted rationale, you see, the law can count all the brownie ingredients—the eggs, butter, flour, cocoa—as hash.

Oh well, everything’s bigger in Texas, including the unconscionable mismatch between the crime and the time. If he was only a couple of states away, Lavoro wouldn’t be facing jail, he’d be a successful entrepreneur. That sort of mind-blowing disjuncture is exactly the sort of thing that takes the fight out of the war on pot.

Or look to recent comments made by FBI director James Comey, who admitted that he can’t hire the 2,000 cyber-crime fighters the bureau needs to protect America because of workplace drug tests. “I have to hire a great work force to compete with those cyber criminals and some of those kids want to smoke weed on the way to the interview,” Comey said. He was upbraided by Sen. Jeff Sessions (R-Ala.) for providing yet “one more example of leadership in America dismissing the seriousness of marijuana use.” Whatever you can say about Comey, he’s in good company acknowledging the ubiquity of pot smoking in today’s America. According to the latest government data, 43% of Americans—including the three most recent presidents—have tried pot at least once. And when asked whether alcohol or marijuana is more harmful to society, fully 63% say booze and just 23% say pot. How much longer can the Jeff Sessions of the world hold back the tide of public opinion?

And, finally, look to California, which passed the nation’s first medical marijuana ballot initiative way back in 1996 and saw 46.5% vote in favor of recreational pot in a 2010 proposition. In 2011, federal agents raided the operations of business of dispensary owner and medical grower Aaron Sandusky. This came after repeated promises by the Obama administration that it wouldn’t go after medical pot providers who were operating within state law. And even though officials from the city of Upland, which had tipped off the feds, later admitted in court that Sandusky was operating properly within state law.

Sandusky refused on principle to cop a plea because he thought he was in the right. Tried in federal court, he was unable to offer a defense based on California state law, Sandusky ended up pulling a 10-year sentece. In March of this year, he lost his final appeal. If he’s lucky and stays on good behavior, he’ll be out in 2021. Does anyone think that pot—medical or recreational—will still be illegal by then?

As it happens, Sandusky is doing time in Texas’ Big Spring Federal Correctional Institute, which is only a four-hour drive from Jacob Lavoro’s hometown of Round Rock. As Lavoro ponders whatever deal prosecutors might offer him, he’d be smart to visit Sandusky and ask what life behind bars is like. Because while the war on pot is surely in its final stage, there will still be plenty of casualties before peace is declared. 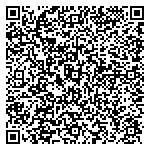